Funeral services will be held at 11:00 a.m. Thursday, January 23, 2020 at Timothy Lutheran Church in Blue Springs with Pastor Rod Lindemann officiating.  Cremation will follow.  Visitation will be from 6:00 p.m. to 7:30 p.m. Wednesday at Campbell-Lewis Funeral Home in Concordia and from 10:00 a.m. until time of the service Thursday at the church.  Memorials are suggested to Martin Luther High School in Northrop, MN or Saint Paul Lutheran High School in Concordia, MO.  An online guestbook is available at www.campbell-lewis.com

Born April 28, 1952 in Summit, WI, he was the son of the late Rev. Joseph Fabry and Marie Kucera Fabry.  Tim was a 1970 graduate of Lutheran High School South in St. Louis and then attended Lutheran Colleges where he earned his bachelor’s degree in education and master’s degree in guidance counseling.  His first job took him to Baltimore Lutheran High School in Baltimore, MD; while working there he met Kris Schneider and they were married on July 21, 1978 who survives of Concordia.  Tim and Kris went to Northrop, MN where he was the founding administrator/principal of Martin Luther South High School, then was a guidance counselor at  Saint Paul Lutheran High School in Concordia, as well as Concordia High School, and then at schools in Kansas.  He lived in the Independence area the last five years where he was an active member of Timothy Lutheran Church in Blue Springs, singing in the senior choir and leading Bible class.

In addition to Kris, he is survived by their daughter, Jessica Miranti (Chris) of Lenexa, KS.
Tim was preceded in death by his parents and one son, Joseph “Joe” Fabry. 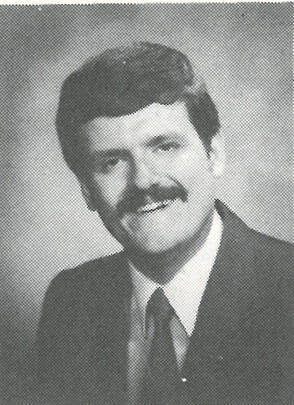 At the end of the worship service, attendees proceeded to the new school for the dedication. Classrooms were located in a rented storefront in downtown Northrop. Classes began on August 28, 1983 with 19 students in grades 9 and 10. Lutheran high school education in southern Minnesota was offered under the guidance of three full-time teachers and one part-time teacher. Each school day was begun with devotions and weekly chapel services were conducted by MLHS Association LCMS pastors. These pioneers—pastors, teachers, parents, grandparents, volunteers and students--made the dream of a Luthera high school become a reality.

While Mr. Fabry served as Administrator at Martin Luther High School, ground was broken for a new school building in 1984 and the Lutheran Activity Center was built in 1987. His dedication and service helped to grow enrollment and establish the Martin Luther High School Association. Mr. Fabry served at MLHS until 1994 and he continued to serve in the Lutheran School Ministry for several years.  He actively supported the MLHS Ministry until his death.

We give thanks to God for the life of His servant, Timothy John Fabry.
The Martin Luther High School faculty, staff, and family extends their sincere sympathy to his family.   Soli Deo Gloria!