Thank you to these corporate sponsors:

A tribute to our veterans performed by the mlhs choir. slideshow by director phil schult. 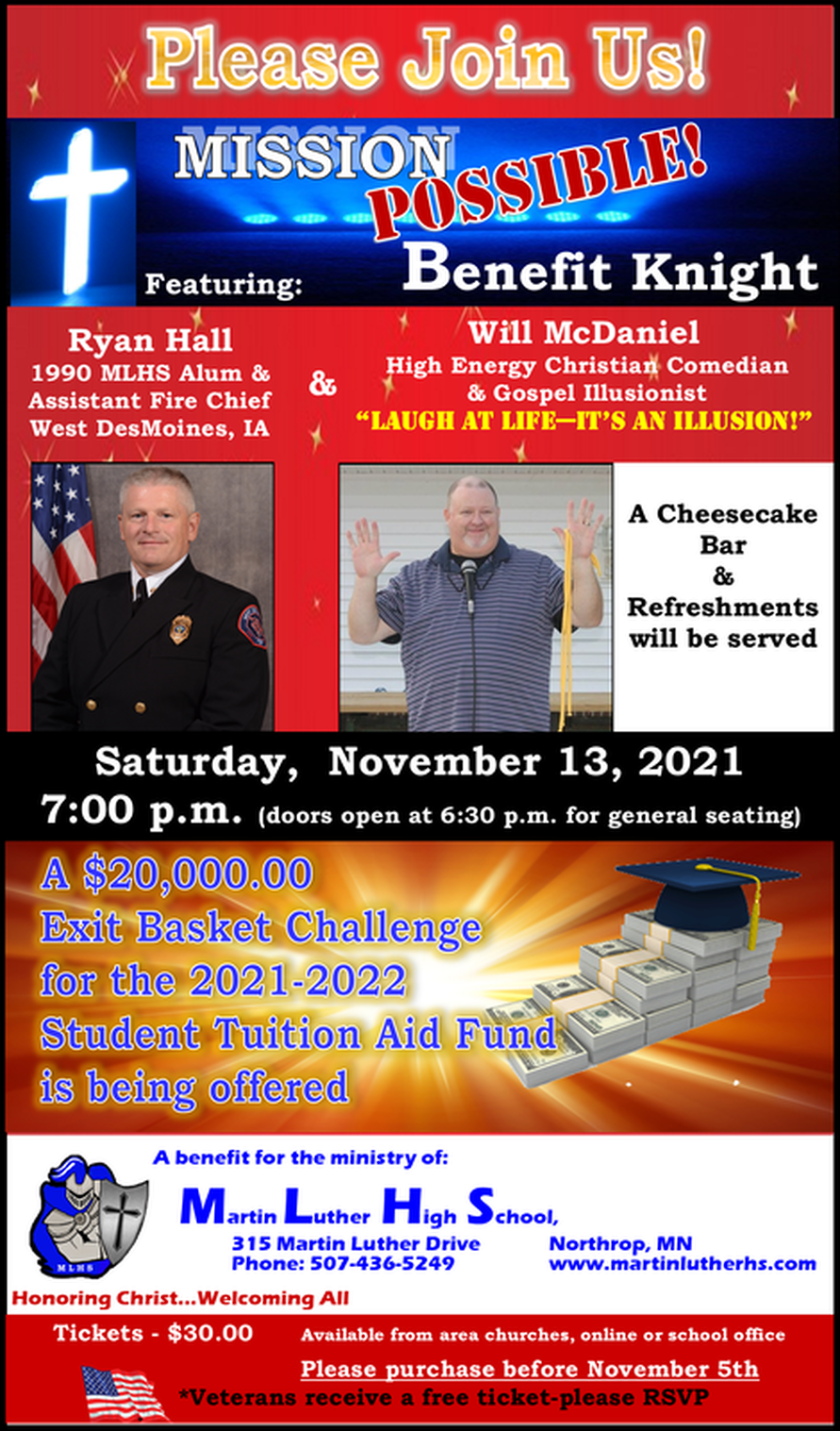 Ryan Hall attended St. Paul’s Lutheran School and graduated from Martin Luther High School in 1990. His  father, Robert Hall, was the first School Board President for Martin Luther High School, back when they occupied the corner building in town. His mother, Patricia Hall, was also the School Secretary for several years.   Ryan was part of the 1990 Graduating Class, and from there, attended North Dakota State University (NDSU) in Fargo, ND.  He graduated in the summer of 1994 with a B.S. in Business Management, and then found a job in Des Moines, IA.  His first full time employment was with what is now part of Wells Fargo in the mortgage side of their operations.  In the fall of 1995, a friend he had made through work, talked him into joining the West Des Moines Fire Department as a Volunteer.
Ryan fell in love with the work, the atmosphere, and the people within the West Des Moines Fire Department.  When the City opened the application process for a Full-Time position, he immediately applied.  Ryan placed 2rd on the list and was offered a place in the 84th Drill Academy to begin in April of 1999.  Since April of 1999, he has been stationed at four of the five stations, and has received three promotions since that time.   In December 2005 he was promoted to Driver/Operator, to Lieutenant in June of 2008, and most recently to Fire Department Assistant Chief in May of 2021.
Along the way, Ryan met an amazing woman, Jodi, that also works as a Paramedic for the City of West Des Moines, who said “Yes” to marrying him when he "awkwardly" asked.  They were married in West Des Moines in November of 2004, where they currently reside.  Ryan says, "Jodi is the rock that holds our chaotic lives and schedules together, and has stood beside me through all of the changes.  We have been blessed with two incredibly beautiful, smart and sassy daughters that keep our lives hopping.  Both girls are highly involved and active in everything they do, and both have a passion for softball."