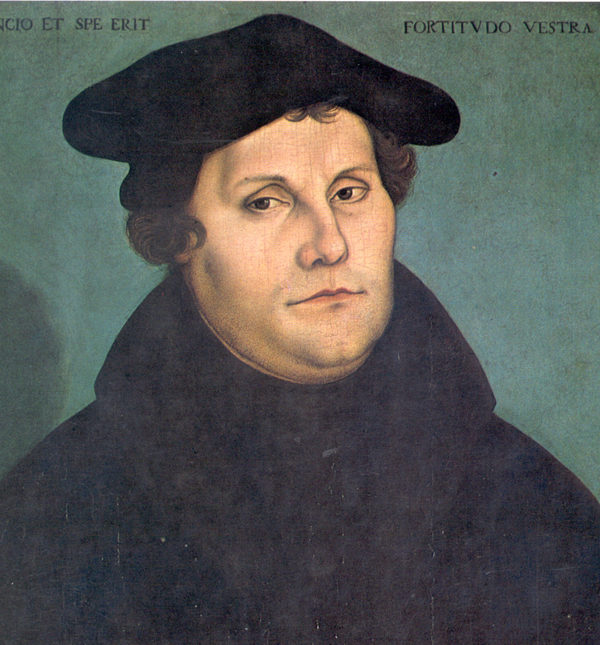 Exhibition Features Newly Excavated Objects from Luther’s Boyhood Homes and Many Works of Art Never-Before-Seen Outside of Germany
​Exhibition Launches International Collaboration with Germany’s Leading Institutions.
– On October 30, 2016, the Minneapolis Institute of Art (Mia) will present the first exhibition in the United States to explore the indelible impact of the Protestant Reformation through major works of art, as part of an international initiative to commemorate the 500th anniversary of Martin Luther’s “Ninety-Five Theses on the Power and Efficacy of Indulgences.”

On view through January 15, 2017, “Martin Luther: Art and the Reformation” will feature paintings, sculptures, gold, textiles and works on paper—many of which have never before left Germany—as well as Luther’s personal possessions and recent archeological finds from his boyhood homes to shed new light on the critical religious, cultural and societal changes of this tumultuous and transformative period. The anniversary will be observed around the world on October 31, 2017.

“Martin Luther: Art and the Reformation” at Mia is organized in partnership with four German institutions— the State Museum of Prehistory in Halle, Luther Memorials Foundation in Saxony-Anhalt, German Historical Museum in Berlin, and Foundation Schloss Friedenstein in Gotha. The Luther House in Wittenberg, Germany is closed in 2016 for major renewals of its permanent exhibition for the Jubilee Year 2017, which has allowed key works to travel to Mia for this unprecedented exhibition.

“We are thrilled to commemorate this watershed moment in history with such an extraordinary exhibition,” said Kaywin Feldman, the Duncan and Nivin MacMillan Director and President of Mia. “Minnesota is home to one of the largest Lutheran populations in the nation, so this story has a special resonance here. We are proud to partner with our peers in Germany, and look forward to engaging our local audiences and visitors from around the world with the art and objects that were at the heart of the Reformation.”

“Martin Luther: Art and the Reformation” places particular emphasis on Luther’s use of art as a tool for worship, teaching and propaganda. Among the works on view will be paintings by Lucas Cranach the Elder (1472-1553), who was inspired by Luther’s preaching to develop didactic paintings that vividly depict the viewer’s choice between salvation and damnation. Cranach’s narrative paintings illustrate biblical stories in brilliant colors and ravishing—sometimes gory—detail, and his stylized portraits capture the humanist spirit of the age. Additionally, several vandalized objects by other artists will be presented to underscore the intense emotional reaction in the wake of Luther’s protest.

A major portion of the exhibition devoted to Luther’s personal life will feature recent archaeological finds from his boyhood homes in the towns of Eisleben and Mansfeld, as well as his house in Wittenberg, the base for his history-making activities. Excavations, undertaken in 2004 and 2005, uncovered household goods that reveal new information about Luther and his family. A selection of those objects will be displayed for the first time in the United States and offer new insights into Luther’s daily life, especially his childhood. “The objects in this exhibition have strong visual and emotional presence. Not only do they tell the fascinating story of the man and his impact on religion and politics, but they also continue to reverberate today,” said Tom Rassieur, Mia’s John E. Andrus III Curator of Prints. “With the incredibly generous support of our German colleagues, we are excited to be able to share spectacular works of art and new discoveries with the public, and to vividly bring Luther’s world to life for contemporary audiences.”

Exhibition Themes and Highlights “Martin Luther: Art and the Reformation” is organized chronologically and comprises eight primary sections:
 “Boyhood,” in which the archeological findings at Luther’s childhood homes will be displayed;
 “Secular Power,” which features rare paintings, prints, sculpture depicting the rulers and courtly life of the era, as well as opulent status symbols belonging to the most powerful men of the age;
 “Pre-Reformation Piety,” which presents paintings, carvings, goldsmith’s work, and vestments associated with late medieval and early renaissance Catholic practice;
 “Luther as Monk, Scholar, and Preacher” includes the notorious indulgence chest of Wittenburg, a 1517 printed copy of the “Ninety-Five Theses,” and the final pulpit from which Luther preached—newly-restored for the exhibition;
 “Luther’s Theology” features Lucas Cranach’s Law and Grace, the 157-panel Gotha Altar, and some of Luther’s own hand-written notes for his translation of the Bible;
 “Luther’s House as the hub of the Reformation,” featuring the furniture from his studio, his personal possessions, portraits of Luther, his wife Katarina von Bora, and their associates, as well as additional archeological finds from Luther’s home—from jewelry and pen knives to tiles and glass—that embody his daily life and international status;
 “Polemics and Conflicts” underscores the turbulence of the era through vandalized works of art, satirical woodcuts, weaponry and war trophies; and
 “The Legend,” which highlights the establishment of Luther’s posthumous reputation through memorial objects such as the model for his grave marker, the debating stand of the University of Wittenberg , and relics that gave his followers tangible bonds to their spiritual leader.