Two hundred elementary students from Northrop, Fairmont, Truman, Winnebago, Madelia, Courtland and Lakefield were enthralled with the interactive American Revolution history lesson. It was truly "history come to life" for them. 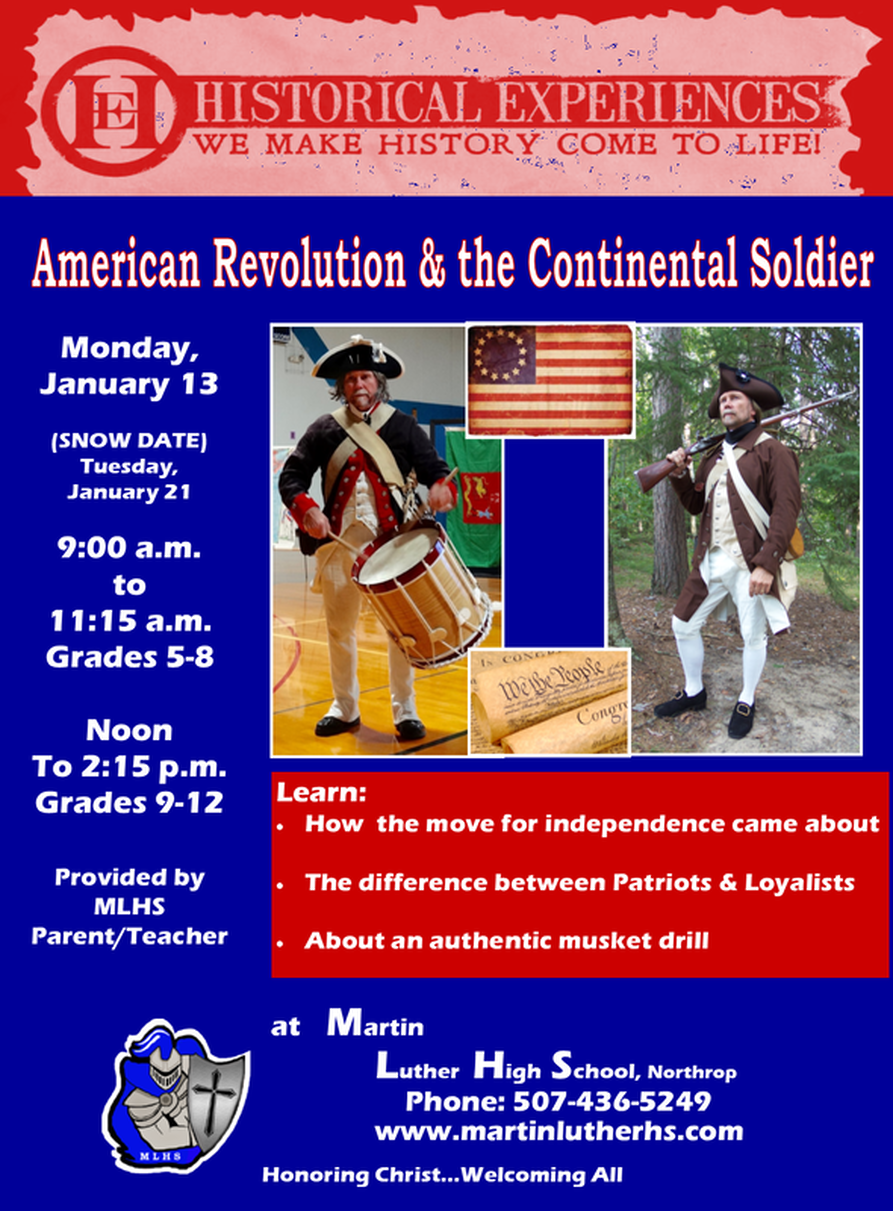 ​    Mr. Arn Kind, a teacher of 43 years, will come in costume to teach students about the events which gave birth to our great nation. The AMERICAN REVOLUTION was America’s first civil war.  It would split the country between Loyalists (Those who wanted to stay loyal to the king.) and Patriots (Those who wanted to separate from Great Britain to become an independent  nation.).  How could we, as a people, go from being proud members of the British empire; the greatest in the world, to wanting our independence from the mother country, in the span of just ten years?
Through drama, role-playing and living history experiences, Mr. Kind’s multi-media presentation will give participants an understanding of this turbulent time and make history come alive for our students.
One of the reasons Mr. Kind's presentation really makes this history come alive for his audiences is because of his realistic and colorful portrayal of the people who participated in these events.  Another reason is because of all the maps, posters, clothing and artifacts he brings and displays for his audience to see.  In order to display and use these artifacts in his presentation, he makes sure that everything he brings in has been made safe.  To portray a soldier in the Revolution,  Mr. Kind will act out some of these events using non-firing replicas of the arms used by these historical personages.  These replicas are reproductions of the originals and cannot be loaded or fired.
Students will also take on the role of soldiers in the Continental Army and will learn some of the rudiments of Von Steuben’s Drill Manual while handling wooden replicas of  Revolutionary War muskets. Mr. Kind, of course, does not bring any gunpowder or any other combustibles into the schools or libraries where he presents.
We are looking forward to Mr. Kind's presentation as a wonderful and unique way of learning about these colorful events in the history of our nation.  Everyone is invited to join us!   Please RSVP to 507-436-5249.